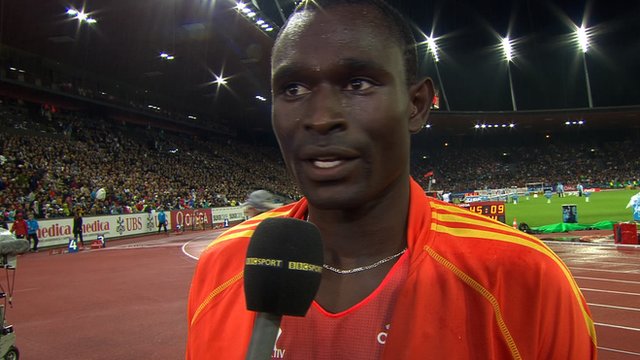 AFP
ZURICH — Ethiopian teenager Mohammed Aman trumped world and Olympic champion David Rudisha of Kenya in emphatic style in the men's 800m in the Diamond League meeting here on Thursday.
This race, Rudisha's only outing since he won gold in London earlier this month in a new world record of 1min 40.91sec, had been billed as another chance for the 23-year-old Kenyan to better his own mark.
But no one had counted on the kick of 18-year-old Aman, who finished sixth at the Olympics but who importantly last year became the first and last man to defeat Rudisha since 2009.
Starting in lane seven with Kenyan training partner Sammy Tangui on his outside, Rudisha bolted past his pacemaker in the opening strides.
With any chance of a world record completely out of the window in cold, wet conditions, Rudisha found himself in front but in a real dogfight with Aman, who kicked past the Kenyan world champion as the duo rounded the last bend.
Aman held on for a convincing win in a personal best of 1:42.53, with Rudisha timing 1:42.81 and another Kenyan, Leonard Kosencha, completing the podium (1:44.29).
"The race was good, really," said Rudisha. "The race was fast and the winner acheived a 1:42.5 time and new personal best.
"My legs felt tired and I cannot run well if the weather is not good.
"I hoped for a fast race here and am a little disappointed. It is very difficult to get a good pacemaker to pace for a 800m world record, but this time it was good. It was the rain that stopped me."
Aman was left extremely happy with having trumped Rudisha for a second time.
"I am incredibly thankful to win in front of this audience with a new personal best and a new national record," he said.
"This was the final Diamond League race and therefore a strong one. I am very happy and hopefully next year I will beat the world record."
Tags: athletics, sport

Posted by Ethiopianism at 12:29 AM No comments:

Links to this post
Posted by Guihon at 12:32 AM