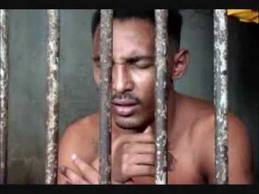 Thirty five Ethiopian Christians are awaiting deportation from Saudi Arabia for “illicit mingling,” after police arrested them when they raided a private prayer gathering in Jeddah in mid-December, 2011. Of those arrested, 29 were women. They were subjected to arbitrary body cavity searches in custody, three of the Ethiopians told Human Rights Watch.

(Beirut) – Thirty five Ethiopian Christians are awaiting deportation from Saudi Arabia for “illicit mingling,” after police arrested them when they raided a private prayer gathering in Jeddah in mid-December, 2011, Human Rights Watch said today. Of those arrested, 29 were women. They were subjected to arbitrary body cavity searches in custody, three of the Ethiopians told Human Rights Watch.

The Ethiopians gathered to pray together on December 15, during the advent of Christmas, in the private home of one of the Ethiopians, when police burst in and arrested them, three jailed members of the group, two women and one man, told Human Rights Watch.

“While King Abdullah sets up an international interfaith dialogue center, his police are trampling on the rights of believers of others faiths,” said Christoph Wilcke, senior Middle East researcher for Human Rights Watch. “The Saudi government needs to change its own intolerant ways before it can promote religious dialogue abroad.”

In October, Saudi Arabia, together with Austria and Spain, founded the King Abdullah Bin Abdulaziz International Centre for Interreligious and Intercultural Dialogue, located in Vienna, and funded by Saudi Arabia.

The Ethiopian men spent two days at al-Nuzha police station in Jeddah, after which the police transferred them to Buraiman prison. The women had already been transferred to Buraiman prison. Two of the women said that officials there forced the women to strip, and then an officer inserted her finger into each of the women’s genitals, under the pretext of searching for illegal substances hidden inside their bodies. She wore a plastic glove that she did not change, the women told Human Rights Watch. Officers also kicked and beat the men in Buraiman prison, and insulted them as “unbelievers,” the jailed Ethiopian man said.

Both men and women complained of inadequate medical care and unsanitary conditions at Buraiman prison. There were too few toilets, they said. In the men’s wing, six of twelve toilets were reserved for Saudi inmates, while hundreds of foreign inmates were forced to share the remaining six toilets. One female detainee said she suffers from diabetes and was given an injection in the prison clinic that caused swelling, and has received no further medical attention.

The Ethiopians, speaking via telephone from prison, said that about 10 days after being arrested, some in the group were taken to court, where they were forced to affix their fingerprints to a document without being allowed to read it. Officials told the group that they were being charged with “illicit mingling” of unmarried persons of the opposite sex. Some of the Ethiopians have been living in the kingdom for 16 years, while others are newer arrivals. Some of the women and men did not have valid residency papers, but all faced deportation, including those with valid papers, the jailed Ethiopian man said.

In July 2006, the Saudi government promised that it would stop interfering with private worship by non-Muslims. In a “Confirmation of Policies,” a written document the Saudi government sent to the US government, Saudi Arabia said it would “guarantee and protect the right to private worship for all, including non-Muslims who gather in homes for religious practice,” and “ensure that members of the [religious police] do not detain or conduct investigations of suspects, implement punishment, [or] violate the sanctity of private homes.” In this document, the government also said it would investigate any infringements of these policies. Public worship of any religion other than Islam remains prohibited in the kingdom.

“Saudi authorities have broken their promises to respect other faiths,” Wilcke said. “Men and women of other faiths have nowhere to worship in Saudi Arabia if even their private homes are no longer safe.”

The Arab Charter of Human Rights, to which Saudi Arabia is a state party, guarantees “[t]he freedom to manifest one’s religion or beliefs or to perform religious observances, either alone or in community with others,” and prohibits “arbitrary arrest.”

Saudi Arabia has no codified criminal law or other law that defines “illicit mingling.” In 2006, Shaikh Ibrahim al-Ghaith, the president of the Commission for the Promotion of Virtue and the Prevention of Vice, the religious police, told Human Rights Watch in an interview in Riyadh, “Mingling of the sexes is prohibited in public, and permitted in private unless it is for the purpose of corruption.”

Human Rights Watch called on the Saudi authorities to release the 35 Ethiopian men and women immediately if there is no evidence to charge them with offenses that are recognizably criminal under international norms. Saudi authorities should also investigate their allegations of physical and sexual abuse and, if warranted, compensate them for arbitrary arrest and any mistreatment they endured, and to hold accountable any officials found to be responsible for these acts.

Human Rights Watch also called on the authorities to allow members of the group who fear persecution in Ethiopia to lodge asylum claims with the UN Refugee Agency.