Posted by Guihon at 1:59 PM No comments:

Posted by Guihon at 1:59 PM No comments:

Posted by Guihon at 1:53 PM No comments: 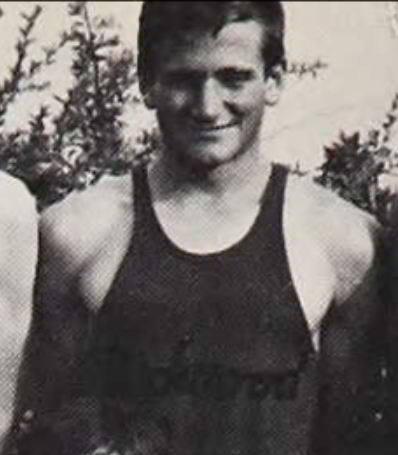 Comedian was fast in high school, joked about marathons.


The death of stand-up comedian and Oscar-winning actor Robin Williams has had a profound effect on communities worldwide–the running community among them.
Williams, beloved for his roles in Good Will Hunting, Dead Poets Society, Good Morning Vietnam, and countless others, ran track in high school, including a 1:58.8 800 meters in 1969. His relay team at Redwood High in Larkspur, California, once held the 4 x 400-meter school record , which remained in place for decades.
Track records aside, Williams once famously quipped, “I love running cross-country … on the track I feel like a hamster.”
Although Williams participated in numerous running races, including the Dipsea Race in 1984 , he's probably better known in sports for his cycling involvement and support of the Challenged Athletes Foundation , an organization that provides opportunities and support to athletes with physical disabilities.
His 20-year involvement with the foundation included teaming up with disabled athletes to participate in triathlons. One of his teammates, double-amputee Rudy Garcia-Tolson–featured in our 2006 Heroes of Running–went on theOprah Winfrey show with Williams to talk about the achievements of athletes with disabilities.
Founding members of the organization said the actor's presence brought attention and credibility to their cause. "He truly found joy in participating side-by-side with our challenged athletes and we cannot thank him enough for the support and energy he brought to our organization," they said in a statement onthe organization's website .
Williams will always be remembered for his outstanding comedic roles and standup performances, which occasionally touched on the subject of running.
In his act, Williams had this to say of elite running: "One of my favorite runners of all time was Abebe Bikila. He was an Ethiopian distance runner, and he won the Rome Olympics running barefoot. He was then sponsored by Adidas. He ran the next Olympics, he carried the f–-in’ shoes!"
Below is a clip of Williams explaining how running a marathon delivers a cheaper high than cocaine (with some explicit language). RIP to an unparalleled actor, comedian, humanitarian, and runner.


Ethiopia’s Kenenisa Bekele, the greatest track distance runner of the 21st Century, will compete compete in this year’s Bank of America Chicago Marathon, race officials announced Tuesday.
It will be Bekele’s second marathon. He won April’s Paris Marathon in 2 hours, 5 minutes, 4 seconds, fastest debut for a runner older than 30. Bekele, 32, was bothered by hamstring cramps near the finish.
“After my win in Paris, I understand the marathon distance a lot better, and I will bring that experience to Chicago,” Bekele said in a statement. “I know Chicago has a very fast course and, therefore, my goal is to break the course record of 2:03:45. After that, everything is possible.”
The Chicago Marathon never has had a runner with a track record as distinguished as Bekele’s.
He holds the world records at 5,000 and 10,000 meters. He won both those events at the 2008 Olympics after having won gold in the 10,000 and silver in the 5,000 at the 2004 Olympics.
He won four straight world titles at 10,000 meters from 2003 through 2009, adding the 5,000 title in 2009.


He also won both the long and short world cross-country titles five straight times from 2002 through 2006.
A series of calf muscle injuries ended Bekele’s dominance.
He would race only three times combined in 2010 and 2011, one a DNF in the 10,000 at the 2011 worlds. Bekele recovered well enough to finish fourth in the 10,000 at the 2012 Olympics.
“Not just once, but many times I thought I’d have to give it up,” Bekele told reporters three months before the London Olympics. “There were two or three times I tried to come back after what I thought was sufficient recovery only to discover the injury was still there.”
Last September, Bekele established his bona fides as a road racer with a victory in England’s Great North half marathon. He came from behind to beat Great Britain’s Mo Farah, the 5,000-10,000 champion at the London Olympics, with a time of 60:09.
Jos Hermens, Bekele’s agent, had told Running Times in a 2012 interview the plan was to have him switch to the marathon after the 2016 Olympics. The injuries clearly altered that timing.
Copyright © 2014, Ch
Posted by Guihon at 1:04 AM No comments: