Posted by Guihon at 9:13 AM No comments: 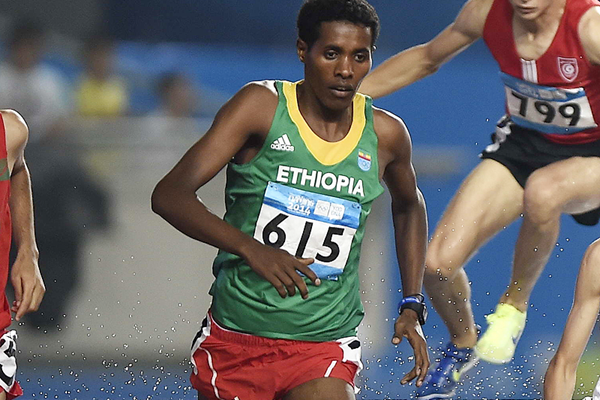 This event served up one of the highlights of the previous edition of the IAAF World Youth Championships in Donetsk as Ethiopia’s Meresa Kahsay edged Kenya’s Nicholas Kiptanui Bett in a thrilling race over the final lap in Donetsk with the pair recording the fastest two youth times in history.
Two years on and the battle is once again predictably expected to be between Kenya and Ethiopia as athletes from those two endurance powerhouses dominate the world lists.
Leading the way is Vincent Kipyegon Ruto, who ran an impressive time of 5:27.17 en route to victory at the Kenyan world youth championships trials.
He will be supported by Geofrey Rotich, who finished runner-up to Ruto in that race in 5:30.59.
A big danger to these two could be Youth Olympic Games champion Wogene Sebisibe. The Ethiopian has a season’s best of 5:37.72 but won the silver medal – two places ahead of Ruto – at the African Junior Championships 3000m steeplechase in Addis Ababa back in March.
Steve Landells for the IAAF

Posted by Guihon at 1:13 AM No comments: