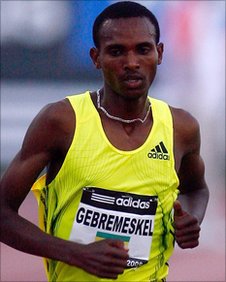 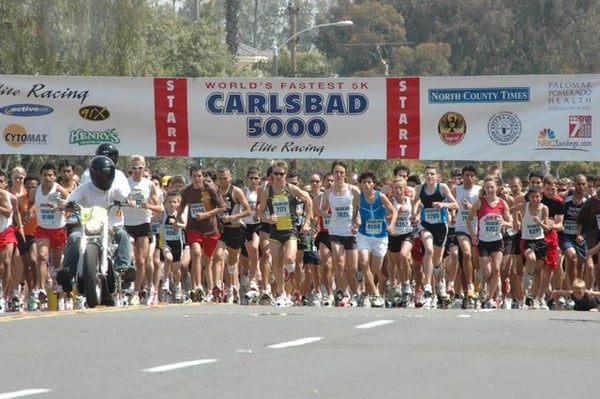 CARLSBAD, Calif. — Dejen Gebremeskel of Ethiopia has won the men’s championship at the Carlsbad 5000 for the second year in a row, tying for the fourth-fastest time ever on the roads in 13 minutes, 11 seconds.
Fellow Ethiopian Tirunesh Dibaba regained the women’s title she won in 2005, finishing in 15:01. The 2008 Olympic champion at 5,000 and 10,000 meters, Dibaba ran away from the field over the closing stages and won by 12 seconds over Werknesh Kidane of Ethiopia.
The top four men’s finishers Sunday were among the top 10 all-time at Carlsbad. Runner-up Hagos Gebrhiwet, a 17-year-old from Ethiopia, finished in 13:14, followed by Eliud Kipchoge of Kenya, the 2010 winner and 2011 second-placer, also in 13:14, and Tariku Bekele of Ethiopia in 13:16.
It was the first time four runners eclipsed 13:17 in the same 5K road race.
Copyright 2012 The Associated Press. All rights reserved. This material may not be published, broadcast, rewritten or redistributed.
Posted by Guihon at 11:04 PM No comments: