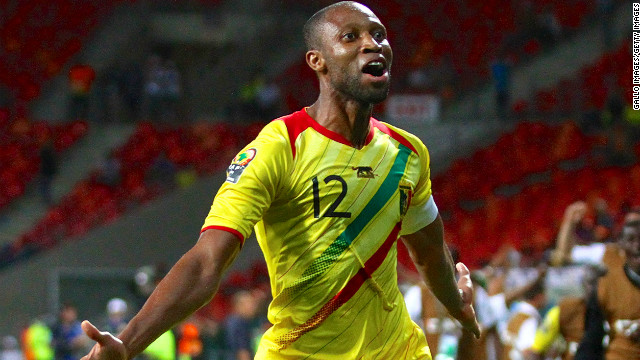 Seydou Keita celebrates his match winning strike for Mali against Niger in Port Elizabeth
STORY HIGHLIGHTS
(CNN) -- Former Barcelona star Seydou Keita grabbed the only goal of the game as Mali beat Niger to become the first winners at the Africa Cup of Nations.
Captain Keita's 84th minute goal sealed victory for Mali in their opening game and broke a run of three draws at the tournament to determine the continent's best team.
With the match seemingly heading for a stalemate, just like the opening two matches of the competition on Saturday, Keita capitalized on a mistake by Niger goalkeeper Daouda Kassaly to find the net.
In a game Mali dominated Keita, who now plays his club football in China, hit the crossbar seven minutes before his goal as the team who finished third in last year's competition ground out a valuable victory.
Read: Ethiopia's amazing soccer journey

Africa gears up for football feast 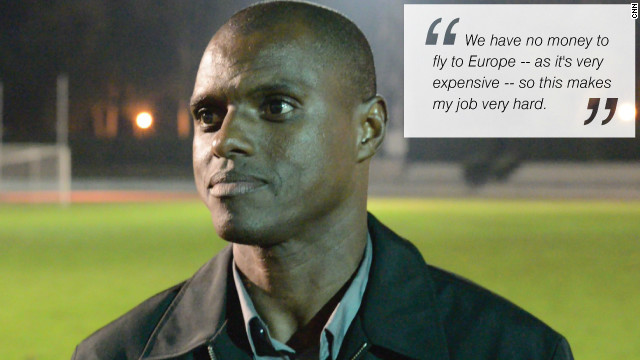 High flyer: Cape Verde's 'Special One'
Earlier on Sunday DR Congo dragged themselves back from 2-0 against Ghana to secure a 2-2 draw.
Ghana, who reached the quarterfinals of the 2010 World Cup, also held in South Africa, eased into a two-goal lead despite being on the back foot for most of the opening exchanges.
Emmanuel Agyemang Badu grabbed the first on 39 minutes, converting from a Mubarak Wakaso attempt on goal.
And four minutes after halftime defender Jerry Akaminko nodded home to double the Black Stars' lead.
But Congo took just four minutes to respond, Tresor Mputu finishing superbly from Dieudonne Mbokani's cross.
A quarter of an hour later Mbokani slotted home from the penalty spot after he was fouled in the area by Jerry Akaminko to secure a deserved draw for Congo.
Congo's head coach Claude Le Roy told the tournament's official website: "I'm proud of my players. I told them before the game that they have huge quality. It is a fantastic experience and they deserve the result."
His opposite number, Ghana coach Kwesi Appiah, said Congo were good value for their point: "I knew it was not going to be an easy game.
Read: Cape Verde's 'Special One'
"Usually, it is expected that you win your first game, but it was not the case here. They were a very good side.
"We have learnt a lot from this game in which we game up a two-goal lead. It was due to some tactical indiscipline in we hope to correct them before the next game."
Reigning champions Zambia begin the defense of their title against Ethiopia on January 21. The Copper Bullets beat tournament favorites Ivory Coast in a dramatic penalty shoot-out in Libreville, Gabon last February.
Posted by Guihon at 7:06 AM No comments: